Organize Your Photo Life: What are the ABC’s?

Do you remember when we took our film to be developed at the local lab or grocery store? We would drop our film off for one hour developing and get doubles our triples so we could give the extra to family or friends. I never made it out of the parking lot before I was flipping through the envelope for my ‘first look’ at these photos.

The problem with this ‘era of convenience’ was it’s contribution to excess and waste! Our good intentions produced boxes and boxes of printed photos that accumulated through the years and we’re paying for it today.

Last week I talked about sorting chronologically or in themes so this week we’ll look at how you choose the photos you want to keep.

The Photo Organizers use a simple system to help their clients sort their photos, using an easy to remember acronym – the ABCs.

A is for Album: These photos are the best of the best! The ones that belong in an album, and the ones that you would mourn if you lost them. These are the photos that you’ll want to digitize, back up and display. It doesn’t mean we’re going to put all these photos into albums, it just means they are ‘album worthy’.

B is for Box: These photos are the extras that support your best. They are the ones you aren’t ready to part with but want to have access to at some point in the future. These photos will be archived for safe keeping but not necessarily digitized.

C is for Can: Yes, you CAN re-purpose these photos or throw them in the trash can! Your collection {and mine} is filled with doubles, triples and REALLY BAD photos. If your photo doesn’t fall into one of the above categories, then it’s a C photo. I’m going to encourage you to be really brutal here and set a goal to fill a garbage can with these photos!

S is for Story: Does the photo tell a story? These pictures play a major role because there is something illustrative about the picture even though it may not be your best. Here is a good example.

This is my son on his 3rd birthday. It’s not my favorite one of him blowing out his candles or diving into his cake. But it is the only one where I can see the band-aid on his upper lip. My boy decided that he was ‘grown up’ and ready to start shaving like daddy.

A 3-year-old and a disposable razor are not a great combination. 🙂 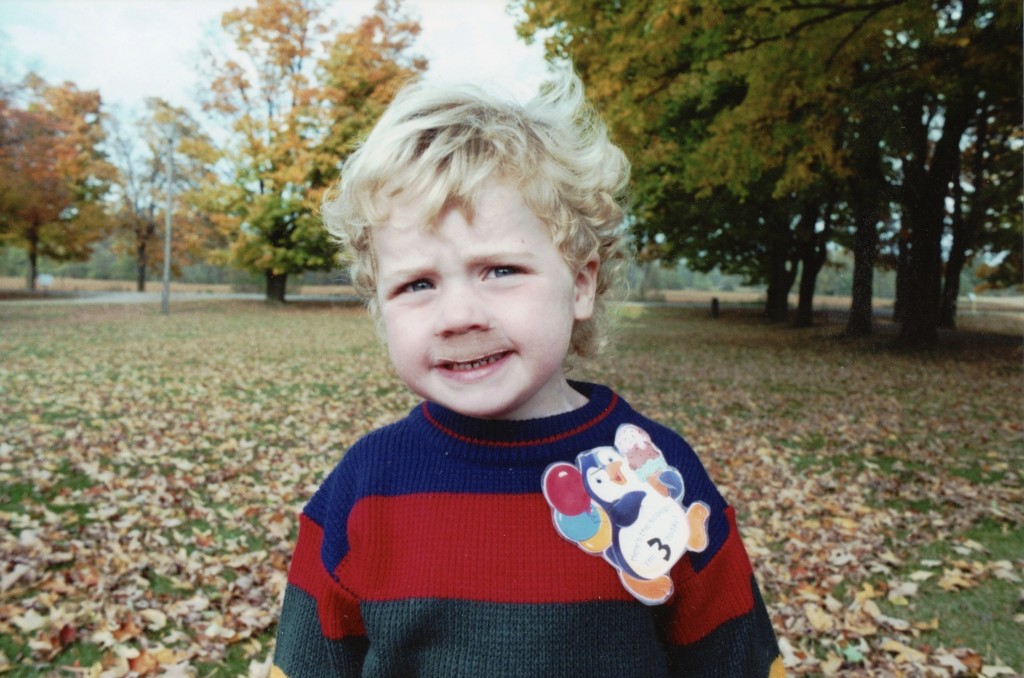 Get ready to start sorting and tell me what you think about the ABCs in the comments below. Does this make it easier for you to dig in?

When Lisa Kurtz lost her mother, grandmother, aunt, and uncle in three years, she was left holding a box of unidentified photographs with nobody to ask about them. Lisa embarked on a lifelong quest to discover and preserve her mom’s story, for herself and her kids, which led her to a career in professional photo organizing. Today, Lisa is the Founder of Pix & TALES with her daughter and together they help busy moms manage their pictures and tell their family stories.