You’ve got your photos off your camera and organized in folders or in your software. Now you’re working on an album, a display, or some photo project. Now is the time to be in the editing stage, when you’re choosing which you’ll include in that project. There’s no sense editing photos you’re not going to use, right? While you’re correcting red eye, cropping, cloning and such, you may as well edit down, or downsize, the number of photos you have. That’s right, I said it: It’s time to DELETE.

Downsizing will do two things. Reducing the number of images you have will save space on your hard drive. Deleting from your library will also save time, because you—and all your peeps—will have fewer bad shots to pour through. You can spend your precious time better by enjoying the prize shots, yes? So let’s get to it.

I’ve always found it easier to downsize in retrospect, a while after the event. That’s when I’m not as attached to the 100 photos of, say, battleships and would prefer to get them down to maybe 40. Or maybe you like to do it as soon as you take the picture and review it. The earlier the better.

Aside from distance, the other thing you may need is permission. It really is okay to delete photos you do not need or want. These tips apply to traditional, printed, photos as well. Okay, you officially have my permission to delete or thrown away superfluous photos, such as…

Blurry shots. Blurry photos never get less blurry. These aren’t fun for anyone to look at—why make someone dizzy? Delete! My one exception is, if that is the only photo you have of someone or some place, then keep it, but just that one.

Dups. How many photos of a battleship do I need? I try to pick out the best one to tell the story, preferably with someone in the shot to give perspective and interest. All other duplicates…delete! Of course, sometimes you may want to show a progression: dog runs, dog jumps, dog catches Frisbee. Those aren’t dups, they’re sequences essential to tell the story. If by now you haven’t given that extra photo you’ve been saving to the person you intended, you probably won’t. So go ahead and throw out or delete the dup.

Bad shots. While you’re looking for the best photos of your event, it’s easy to pick out the ones you don’t want—those with facial expressions askew, eyes closed, heads turned, etc. You’ll want to delete those. It’s like the rule for clutter: look at and put it where it belongs, handling only once. In this case, it belongs in the trash. Exception: The bad shot may have the one good expression of a subject, and you may want to clone that face from the bad shot to the better one. In that case, keep the photo but delete other less-than-stellar shots.

Meaningless shots. In hindsight, you may wonder why you took the picture of that tiny stream. Or the butterfly whose wings you can’t see. Scenic shots are fine, but many lose meaning after the picture was taken. Again, if the photo doesn’t help tell the story of the event, delete.

Downsizing does indeed save disk space and viewing time. Another perk I’ve discovered is how cathartic it can be to hit that Delete button. Watching your library reduce from 15,000 to 10,000 (and then some) is a joy I hope you get to experience. 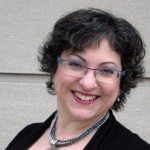 Penny has been organizing photos and making photo albums for more than 30 years. She worked as a copy editor in the publishing industry and has a B.A. in English. For the last 10 years, Penny has worked both privately and in groups to help people find photo solutions that are right for them. She is the owner of Penny’s PhotoSense.