Gordon Schmid, an APPO member based in Topeka, Kansas, is a clever guy. For starters, he’s earned two Master’s degrees.  Then he taught school for a number of years. Then he relied on his self-starter skills and launched several small businesses. In 2011, he formed his own business Story2Tell and he now works as a Certified Personal Photo Organizer. Basically, he helps people organize photos, movies, and slides that they have squirreled away in their basements, closets, and attics.

Given this background, it should come as no surprise that Gordon liked the idea of the new Saving Memories Forever game, Pass-the-Phone. 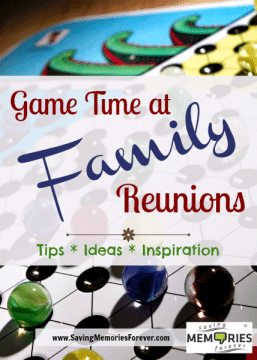 Pass-the-Phone is a new activity idea.  It’s perfectly suited for family gatherings, especially family reunions, but also impromptu gatherings, weddings, or holiday meals. The game uses smartphone apps and storytelling so it appeals to the folks who like “high-tech” as well as others who value oral history. For a general description of the game, press here. For specific game instructions, press here.

Being an inquisitive type of guy, Gordon adapted the Pass-the-Phone game for his own use.

The Schmid family holds their family reunion once every three years.  While it’s a high point for the 60 or so who attend, the reality is that not everyone can make it. Cost issues and scheduling conflicts are a fact of life.

To address this issue, Gordon contacted the people who had responded that they couldn’t make it to the reunion. In his e-mail to these relatives he offered to record a story from them and play it during the reunion. It gave the absent relatives a voice. And it gave those present at the reunion a chance to listen to people they’d like to hear from. 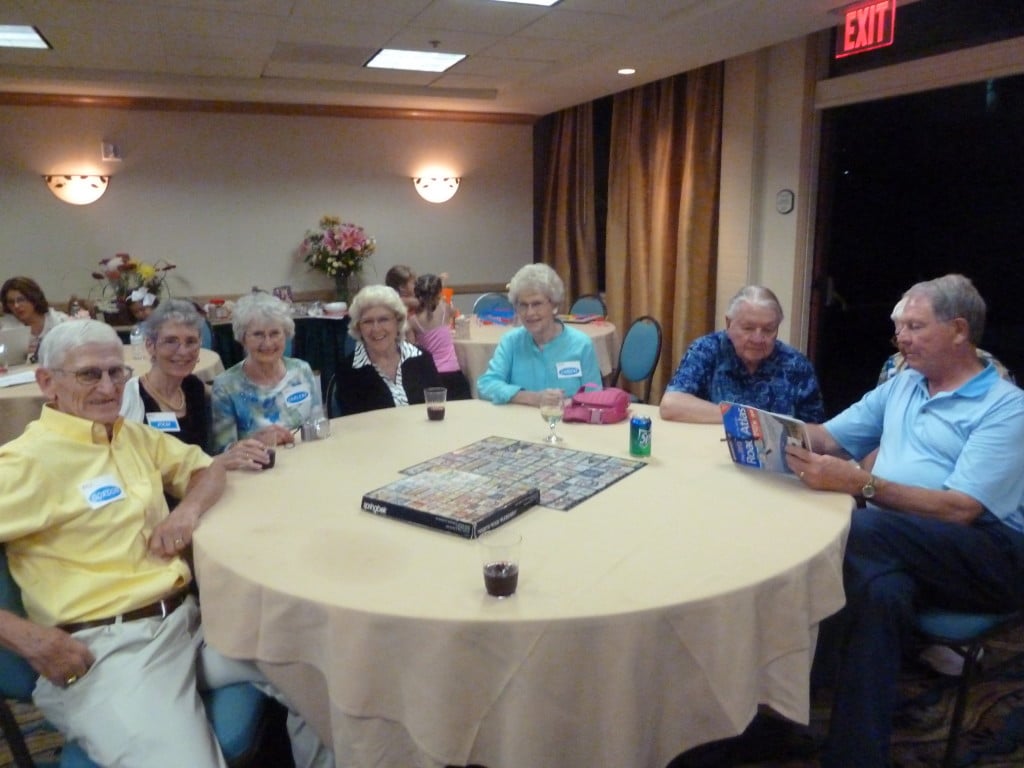 Gordon’s family reunion features a section called Family Updates.  This is when a representative from each family tells others about events in their family’s lives over the past three years. Gordon played his six recordings of absent family members during this Family Update. The stories were well received, especially the funny ones about overseas adventures.

“Several people came up to me after listening to the stories,” commented Gordon. “They thanked me for making the recordings. One of the people who couldn’t make it this past year has been our Master of Ceremonies for years. He was missed.  But hearing his voice and listening to his stories went a long way towards filling the void.”

“I have a background in working with IT and digital media so I don’t have the same angst with technology that some others do,” Gordon continued. “I think, though, that some of those people who are a little scared off by technology don’t realize how easy it can be. The Saving Memories Forever service, for example, is incredibly easy to use.  It’s just two clicks between hearing the story and uploading it onto the Saving Memories Forever website where it’s stored safely.”

A Word of Advice

“I found that the funny stories went over the best,” continues Schmid. “I think that it’s a good idea to suggest to people who are telling and recording stories at family reunions, to focus on amusing stories. After all, people are largely there to re-establish and build positive memories.  Maybe the other stories—the ones that tell about overcoming hardship or living through sadness—are best received in a private setting where the listener can better focus on the content and tone of the story. That said, I think it’s important to tell a range of stories that truly reflect a lifetime of experience.”

“I’m going to keep recording,” Gordon says, “especially with the older generation. There’s more of a chance among that group that they won’t be able to attend the next reunion.  I’m also certainly going to recommend the service to my APPO clients.”

“I think there’s a lot of value in being able to save and share family stories no matter how you go about it,” concludes Gordon. “The Saving Memories Forever service supports the oral tradition and that approach offers the excitement of hearing a person’s actual voice. From personal experience, I know that listening to those voices brought smiles to a lot of faces.”

Today’s guest post is brought to you by Jane Baker.

Jane Baker and her husband, Harvey, co-own Saving Memories Forever. She handles the marketing programs; he handles everything else. The two got the idea for Saving Memories Forever about 25 years ago when they were gathering information for their own family tree. They found that while they could gather a lot of facts, they couldn’t retrieve any stories. The couple agreed that they were far more interested in the stories –where personalities shine through.

An English major from days long ago, Jane enjoys writing, reading, fussing over their the two fat cats, and exploring with Harvey. Despite her best efforts, she’s also known as the “water whipper” of fly fishing and is a confirmed plant killer. They have 3 grown children, a daughter-in-law, and like to take advantage of the free activities around St. Louis.